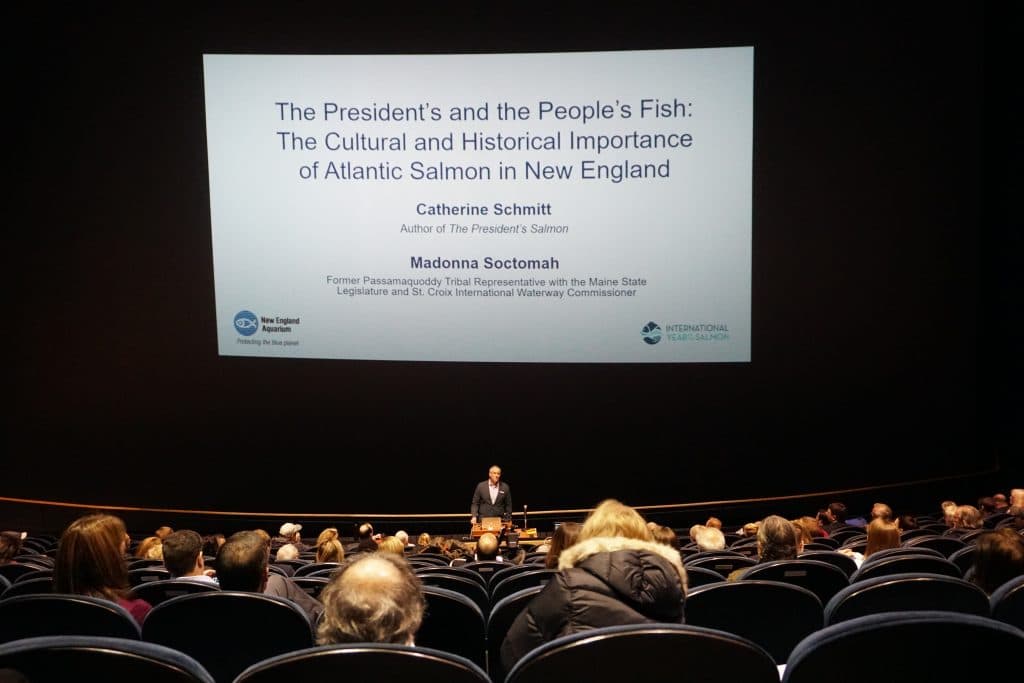 In the Greater Atlantic Region of NOAA Fisheries, the IYS was launched on October 30, 2018 at the New England Aquarium. The event included an opening lecture by Catherine Schmitt and Madonna Soctomah. Catherine Schmitt is from Maine Sea Grant and is the author of The Presidential Salmon, a detailed history about wild Atlantic salmon in Maine. Catherine's book describes how from 1912–1992, the first recreationally caught Atlantic salmon from the Penobscot River was given to the President of the United States. Catherine highlighted Atlantic salmon, their importance to our cultures, and our efforts to restore them. Madonna Soctomah, Former Passamaquoddy Tribal Representative with the Maine State Legislature and St. Croix International Waterway Commissioner spoke about the cultural importance of Atlantic salmon to the Passamaquoddy Tribe.

12th Conference of the Salmon Science Society with a Special Session: Debate on Diverse Aspects of Salmon

The recent decreasing trend of chum salmon catches has been affecting the status of salmon as a fisheries resource in Japan. In addition to intensive

Salmon among us – its socio-economic and cultural consequences

A seminar on the use of GIS to track migration of salmon.

This event was held at National Institute of Technology Calicut East campus, and was