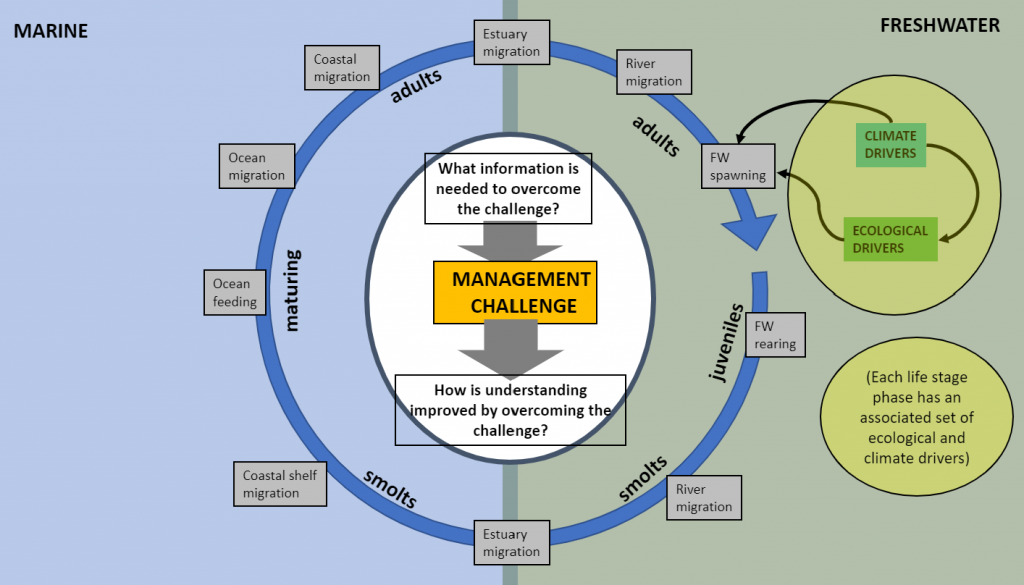 The Salmonscape Project is a series of workshops which are a part of a larger signature project of the IYS called the 'Likely Suspects Framework' (LSF). Cuurently, there is an effort in the Atlantic led by an alliance of UK NGOs that have raised funds to apply the LSF using UK rivers as case studies. The Salmonscape Project is the first step of applying the LSF in the Pacific Basin. The Salmonscape Project consists of one focus group and three linked virtual workshops designed to define management case-studies in the Northeast Pacific, that can then be used to test LSF on a group of salmon populations that would demonstrate the applicability of the approach with the intent of applying it broadly across the salmosphere.

International Year of the Salmon

As the part of 2018 Long-Term Marine Ecosystem Research International Symposium organized by the Gwangju Institute of Science and Technology (GIST), a special half-day session

Problem: In recent decades, the productivity of salmon has become increasingly uncertain with many populations experiencing extremes related to timing, abundance and size with serious